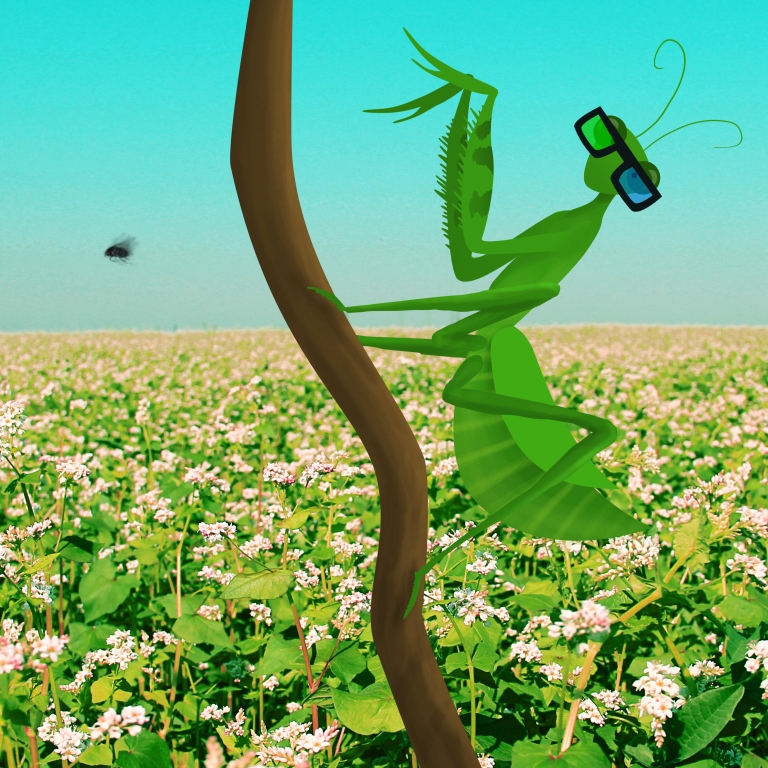 You better look before you sit at the next showing of Star Wars because insects can now watch their favorite films in 3D as well!

Just kidding, you won’t actually see a bug with 3D glasses and a bucket of popcorn enjoying a movie at the local theater, but scientists have invented 3D glasses that allow praying mantises to view images and videos in 3D. The glasses are made using “old school” 3D technology, which for humans would use red and blue lenses, but because red light is not very visible to mantises, the scientists created a special pair with green and blue lenses. The glasses were attached using beeswax, and then the mantises were shown short videos of bugs flying in 2D and 3D. The mantises did not react to the 2D videos, but they tried to catch the bugs in the 3D videos that appeared to be zooming around them.

This conclusively proves that mantises see the world in 3D, and that this method works for providing virtual stimuli to insects. Scientists are excited about the impact this will have on future research on the evolution of human vision, and will also help them develop algorithms (a step-by-step set of rules for problem solving) to bring new 3D depth perception to robotics and computers. Thanks to these scientists and their insects, our 3D technology will continue improving, and I am hopeful we will get to see more insects wearing 3D glasses (because that is simply adorable).