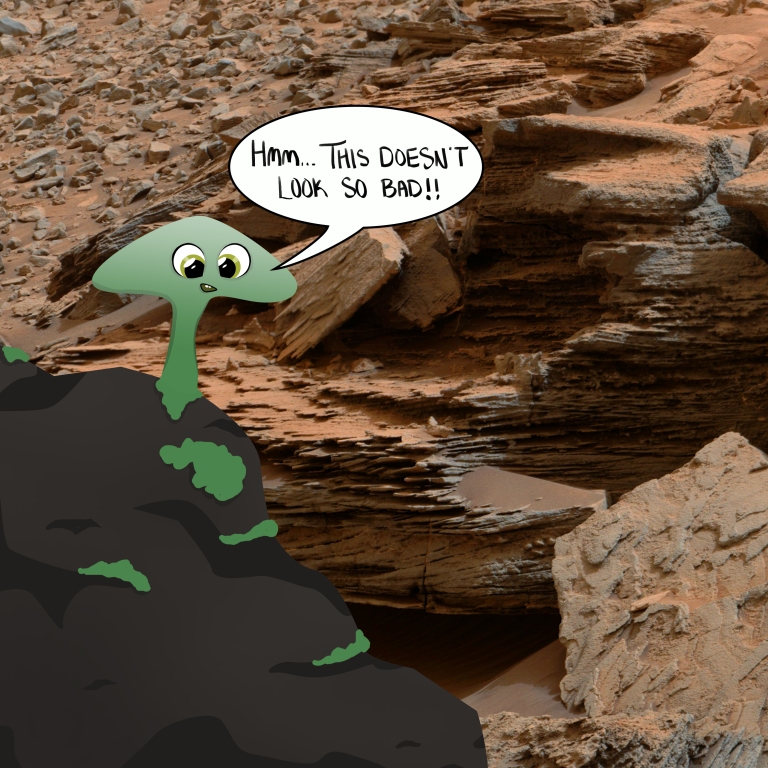 Fungi from the Antarctic survived 18 months in Martian-like conditions on the International Space Station!

Several years ago, scientists collected samples of two types of fungi (molds, yeasts, mushrooms and their relatives) that survive in rocks in one of the harshest and driest climates on planet Earth: the McMurdo Dry Valleys in Antarctic Victoria Land. These fungi, named Cryomyces antarcticus and Cryomyces minteri, were sent to the International Space Station (or ISS) to participate in a special program that recreates harsh environments on a platform called EXPOSE-E. Half of the samples (the rest were a control group) spent 18 months living in Mars-like conditions, with an atmosphere of 95% carbon dioxide, very high levels of ultraviolet radiation and extreme temperatures. Amazingly, 60% of the fungi cells were intact with functioning cell walls and stable DNA, and around 10% were still able to form colonies and reproduce.

The results of these experiments will help inform the search for life on Mars, and offer a glimpse at what sort of organisms might be able to actually survive on the planet’s extreme surface. I had no idea fungi was so tough!