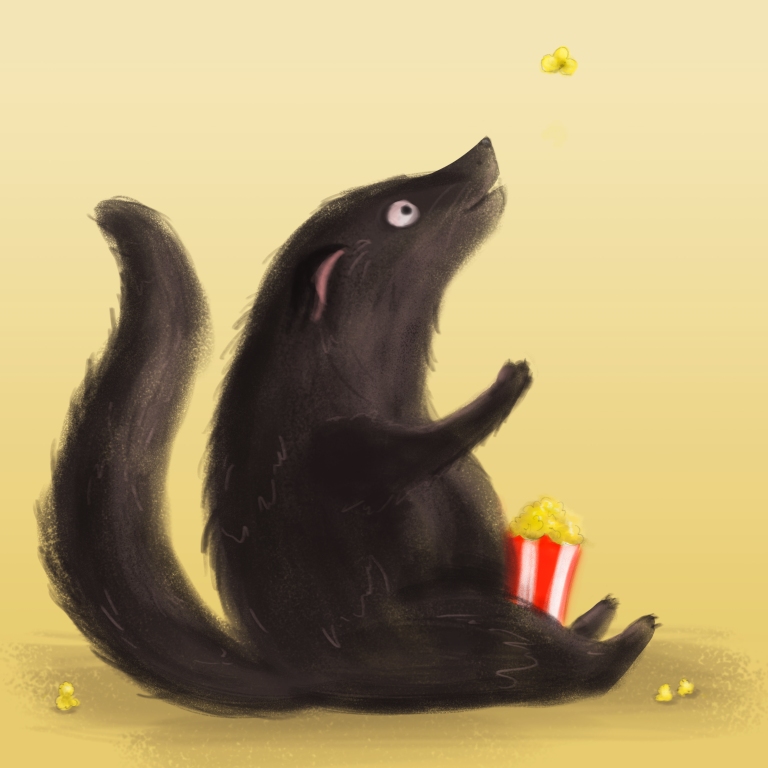 This week scientists have found the answer to a scent mystery! The bearcat or the binturong is a relative of the civet that has a long fluffy prehensile tail (able to grasp and hold on to things) and lives in the forests of Southeast Asia. But the most interesting thing about this mammal: it smells like popcorn! Scientists have been stumped by the origin of this “popcorn” scent for years, but Lydia Greene of Duke University was able to find the answer. It seems a chemical called 2-acetyl-1-pyrroline or 2-AP, that was discovered in the bearcat’s pee, releases the unmistakable aroma of popcorn. This chemical is the only one that the team found consistently in every urine sample they collected from a group of captive bearcats, and the chemical was not present in any aspect of their diet suggesting that they are able to produce it within their bodies.

The bearcat marks its territory by peeing (just like your dog!) but instead of weeing and fleeing, this creature makes sure to soak its feet and tail in the the puddle it’s created (ick!), and then spreads the scent as it walks. The team thinks the scent is some sort of species marker to let other animals know exactly who’s made the pee puddle, and may play a role in social dominance within the bearcat species. I hope that no food companies get the idea to use bearcat pee for artificial flavoring, because yuck, just yuck.

One thought on “Is that Popcorn I smell?”