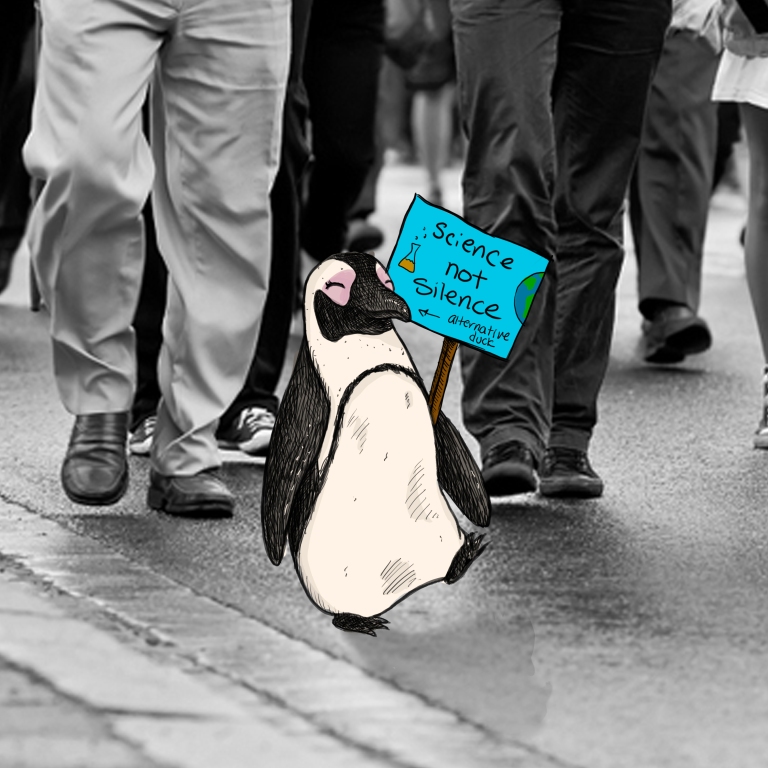 Some of you may know about or maybe even attended the March for Science that happened across the globe on April 22. People marched to support science and scientific research on every continent, at the north pole, and even at the bottom of the Pacific ocean. And it turns out humans were not the only participants in the march; a ridiculously adorable group of African penguins from the Monterey Bay Aquarium also joined in! (Watch the penguins here) The goal was simple: remind people of the important role science plays in our everyday lives, and encourage people to engage with the scientific community. You may be thinking to yourself “well duh, of course science is important, why do we need to march for it?” The answer is a little complicated. Science is a very broad term, encompassing everything from gravity, to the LEDs behind your phone screen, to the changes in the earth’s atmosphere. I don’t think anybody will argue about the importance of gravity, but when it comes to making decisions about our public policies, business regulations, and the allocation of funding, some people choose to ignore scientific fact if it doesn’t work in their favor. We know science is a process; what we know changes every day based on new research and discoveries, but it is the lens that we look through to understand the world around us. It is critical that we use this lens to make informed choices about our people and our planet, because without it we are just guessing.

For these little African penguins the issue is even more serious. Their species is endangered and, without support for the environment from governments and organizations, they are at a high risk of becoming extinct. If you want to help protect this adorable penguins and support your scientific community, visit the March for Science website below, and learn about how you can join in.