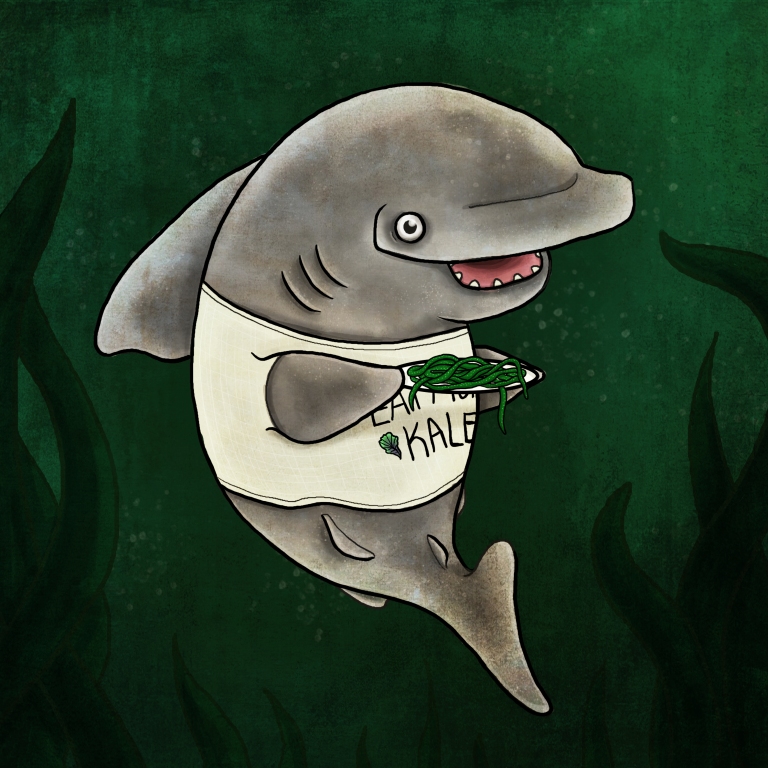 Sharks are infamous for their sharp teeth, deadly hunting skills, and appetite for meat, but now scientists have discovered a shark that is just as happy eating grass as it is eating flesh. The bonnethead shark normally dines on crabs, shrimp, and fish in shallow water along the American coast. However, when the researchers peeked into the stomachs of some young bonnetheads they found something odd: their stomachs contained large amounts the seagrass that grows in their coastal environments. At first the scientists assumed that the seagrass was being consumed accidentally while hunting and wasn’t providing any nutritional value to the sharks, but Samantha C. Leigh from the University of California, Irvine decided to investigate further. She put several bonnethead sharks into a tank and fed them a diet of 90% seagrass and 10% squid. The seagrass was specially grown to contain carbon markers so that she could tell, by testing their blood and poop, if the sharks were digesting the grass. Sharks are considered carnivores, meaning their diets consist of almost 100% animal tissue and, unlike the guts of omnivores and herbivores, their guts are not designed to digest plant material. Shockingly, she discovered that, after three weeks of feeding the sharks this high plant diet, all of them gained weight and showed clear signs of digesting and benefiting from eating the seagrass. Because bonnetheads have the same short gut as their carnivorous cousin the hammerhead, the researchers believe that the bonnetheads must have introduced special microbes to their digestive systems to help break down the plants. When and why these sharks started eating plants and the impact this has on their environment is still unknown, but it is definitely fascinating to think of sharks chowing down on a delicious seagrass salad instead of fish!